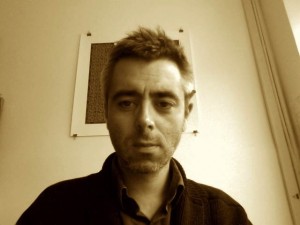 In 2001 he starts working for Quo Vadis Cinéma in Paris, where he makes his first steps in film production.

Settled in Geneva, in 2006 he starts working with C-Side Productions (then still known as Perceuse Productions Image), a company created in the 90’s by artists emerging from the alternative scene.

With an inclination for Cinéma Direct, Essay forms and bold experiments, he develops and produces documentaries selected (and sometimes even awarded) at festivals worldwide, like the Sao Paulo Mostra, the Berlinale, CPH:DOX, Sheffield Doc Fest, Locarno, FIDBA, etc., released in theatres and broacasted on TV and streaming platforms.

In between projects as a producer, he likes to conduct personal experiments with Super 8 film, such as the shorts Noon in the cemetery and Interzone or the music video Escape for Swiss pianist Léo Tardin.

A documentary by Anouk Dominguez-Degen.