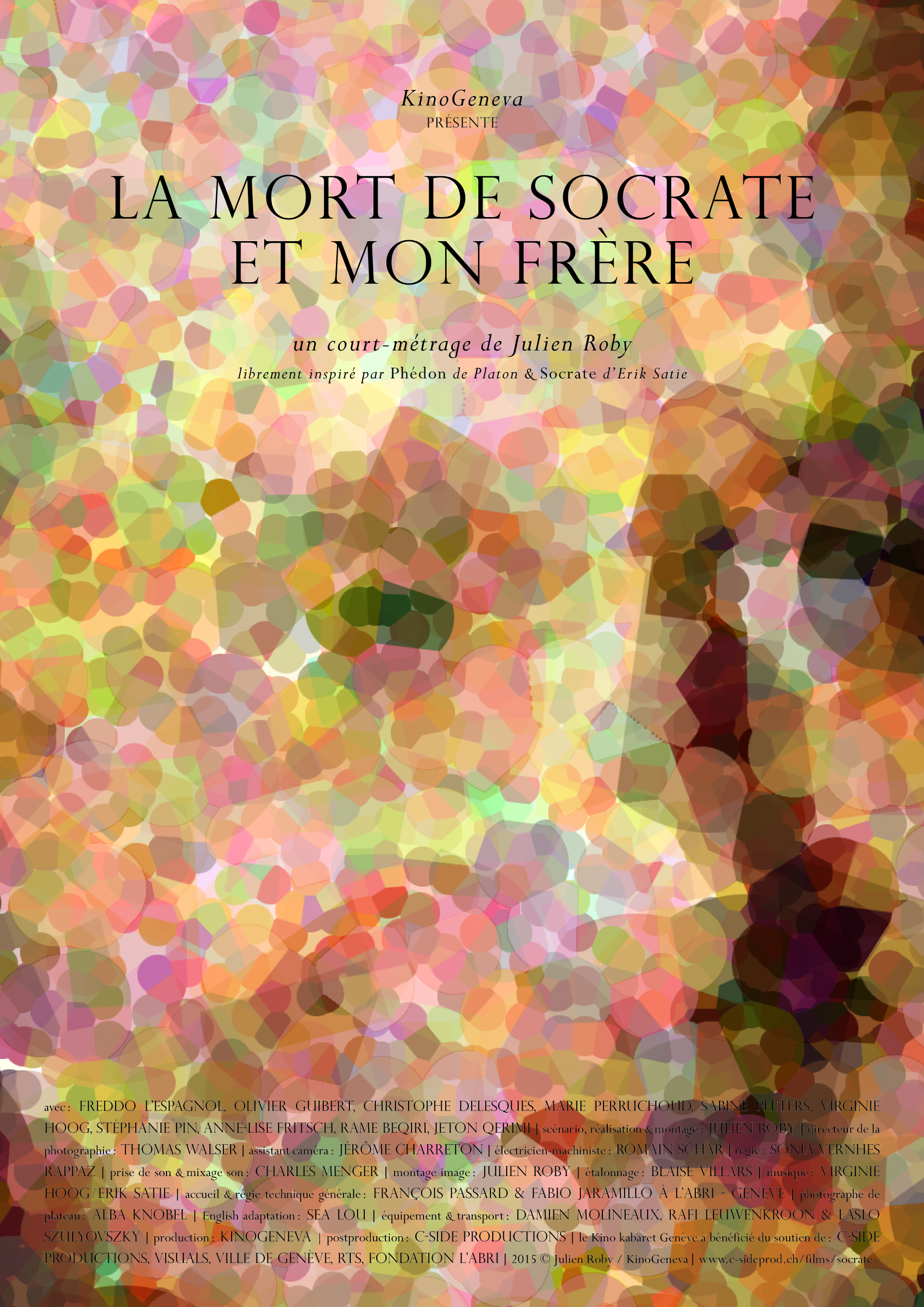 This film was shot during the 2nd Kino kabaret of Geneva, where most artists involved in this project met. The foundation L’Abri provided support and gave access to their stage and facilities as a décor for the film. The postproduction (colour-grading & soundmixing) was carried by C-Side Productions.

A short film by Julien Roby
Switzerland, 2015. 12’
Freely inspired by Phaedo by Plato and Socrate by Erik Satie.

SUMMARY:
A man is attending a rehearsal where his brother is playing. He admires him and usually never misses any of his plays.

I will merely explain a memory that fades away imperceptibly behind this film. From the time when we harbored Ludo, Fritz, Janis, Erik, John and Charles in a three-room place in the Jura mountains. Like a meeting of philosophers on the run, they took shelter with us and their diverse characters and lifestyles brightened our daily life.

During a talk at dinner, and after Charles had lingered once again over the natural propensity of men to adapt, Erik, who usually punctuated such speeches with his famous dotty dots and dashes (of his spirit) confided suddenly that he had never recovered from the death of Socrates.
I felt like the butter on the table, severely softened from the heat and sliding far away from the butter dish that had held it up to this moment.

While Erik was honoring the philosopher, his expression betrayed all the sadness he had felt for centuries. He tried to make us grasp –almost in silence– the astonishing facility with which most living souls had accepted the disappearance of the wisest and most righteous man. Thus, better than anyone else at that table might have known how to do so, he gave credence to our English biologist.

I was disturbed by his intervention, and even if they both tried to hide it, I also saw the tearful eyes of Janis and Ludo. The sun sank slowly behind the nearby buildings. We were all worn down in the shadowy kitchen, stuck there like the excluded ones, who despite the science and lucidity of one of them, were once again going to do the dishes by hand and weep.