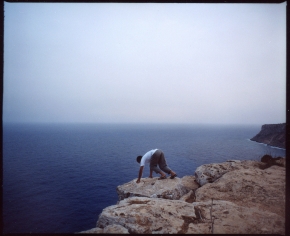 BIOGRAPHY:
Nicolas Wagnières was a producer and an independent dj during the 90s. He then studied filmmaking in the Art school of Geneva, where he graduated in 2005. After four years in the institutions (assistant in the art school, research assistant in the Filmmaking Master network –for the project Walking the edit), il worked on projects involving dance and video with choregraphers in Geneva (Foofwa d’Imobilité, Noemi Lapzeson) and within the association ‘Juste au Corps’. He works on a collaborative TV series project, as well as on the scenario of a feature film. Hôtel Jugoslavia is his first documentary feature.